The prayer room was used for worshipping during the existence of the ghetto. In terms of decoration, namely its professionally rendered murals and texts, this is unique among all the similar premises used as prayer rooms in the former ghetto.

Replica of the attic - there were small rooms in the attics of residential and farm buildings in Terezin converted into emergency housings of a minimum size and providing a small group of prisoners with at least a little of privacy. In this case, it was undoubtedly a dwelling of craftsmen, who were concentrated in the building and worked in the nearby central ghetto workshops. Fortunately, this emergency residential space above the chapel was not rebuilt later on and could be turned back into a space similar to that of the ghetto times. That way visitors can get an idea about another possible accommodation in the overcrowded ghetto. 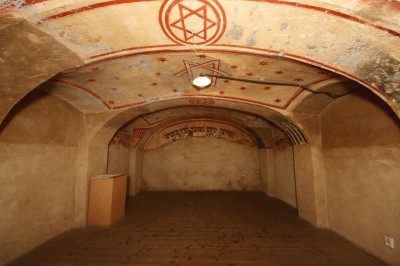 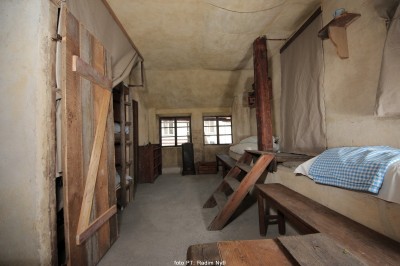 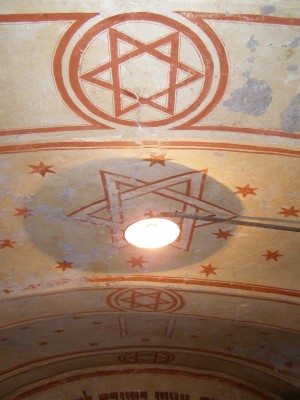 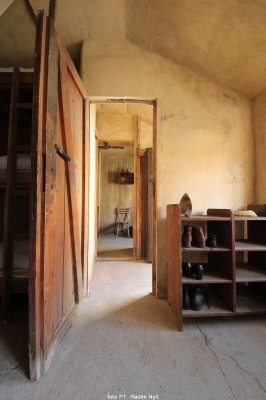 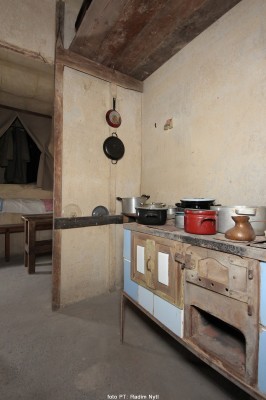 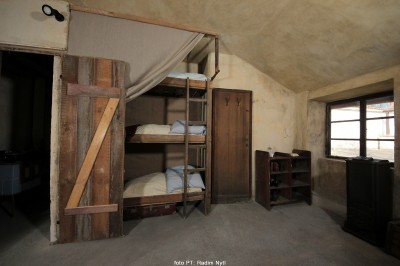 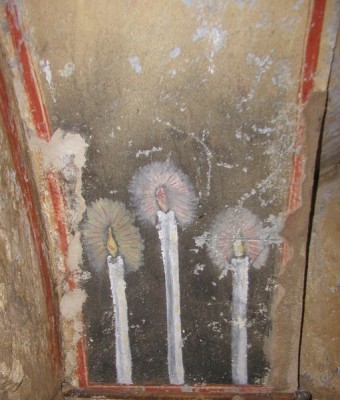 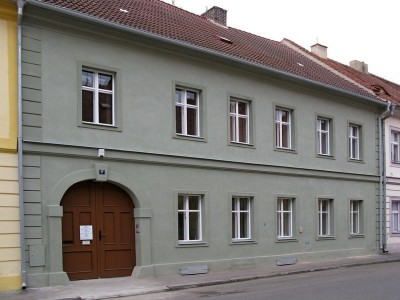 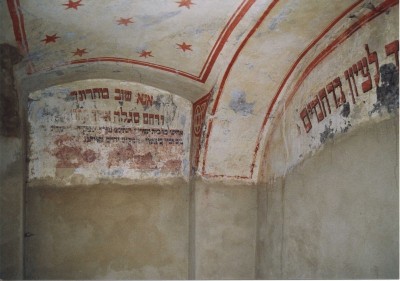 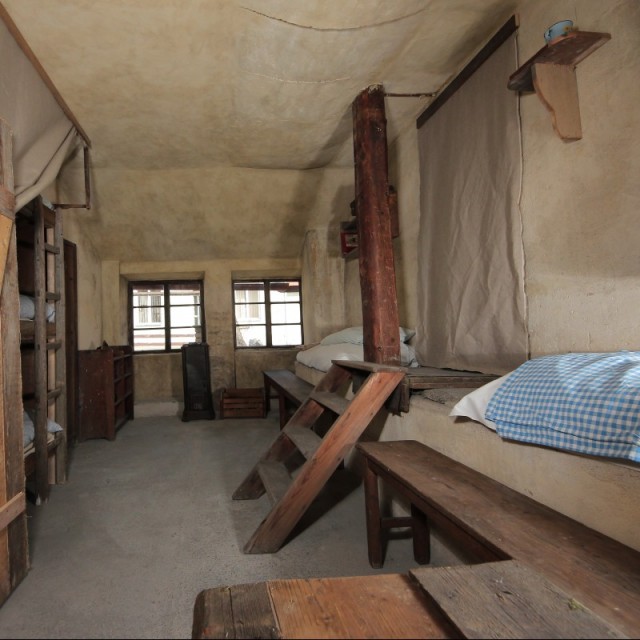