the ceremonial opening of the exhibition will take place on August 15th, 2019 at 2 P.M.

Dagmar Calais: Bremen - Terezín - a journey with an uncertain end
Deportation of people with Jewish roots from Bremen to Terezin

For the artist from the German town Bremen, Dagmar Calais, the interpretation of younger German history is the focus of her artistic work.
For this spatial installation she made almost 230 "commemorative plaques" with the names of all people with Jewish roots who were deported from Bremen to Terezín in July 1942 and February 1945. The plaques with the names of the victims, placed on the floor, point towards the picture of Bremen's main station, the beginning of the journey, which mostly ended irrevocably in Terezin or in extermination camps.
Exhibition curator: Chris Steinbrecher (Bremen)

Here you can download your own invitation to the ceremonial opening. 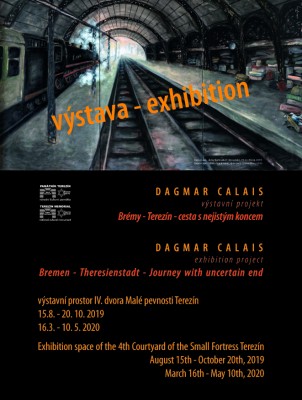 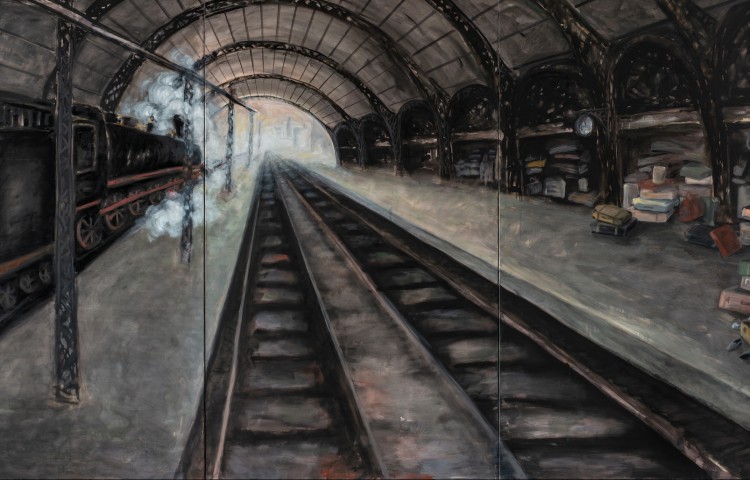